In the years of MySpace, on the internet there was a photo of a girl with bangs biting the thread of an Xbox controller, which became the emblem of the “gurl gamer”, young women who pose as videogame experts to attract the attention of males. In addition to being the subject of wonderful parodies, the famous photograph had sparked the indignation of “real” gamers: a video game enthusiast must respond to a certain aesthetic canon and accept a series of moral values ​​to prove that she is not an attention whore. Gamers, in the common imagination, are the videogame transposition of the manic pixie dream girl: girls a bit nerd and a bit crazy, gregarious but also shy, masculine but also sexy. But there is a big difference between the erotic dreams of nerdy teenagers and the reality of the facts: all the US and European market data tell us that about half of video game users are women, unlike what we are led to imagine. . Italy also replicates the situation of other countries: according to the report “Video games in Italy in 2019”, published by IIDEA (Italian Interactive Digital Entertainment Association), 47% of gamers are women. An audience of nearly 8 million gamers out of a total of 17 million, which fuel a turnover of 1.8 million euros. 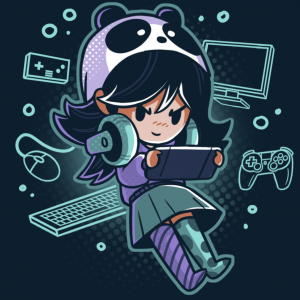 Despite the strong female presence, the gaming world remains tenaciously anchored to a macho imaginary, both from the point of view of representation, and for the treatment that is reserved for gamers, especially those who play online or stream on Twitch, a popular broadcasting platform for video games. As media critic Anita Sarkeesian explained in her YouTube series “Tropes vs Women in Video Games” – the protagonist of a bad story of harassment, a perfect example of how gaming is by no means an inclusive environment towards women – even if initially the video games were created as an audience neutral product. In fact, the first titles, both for computer and arcade, such as Spacewar !, Pong and Space Invaders, had no gender connotation. However, since the mid-eighties, in parallel with the spread of the Commodore 64 and the Nintendo Entertainment System (NES), video game marketing has taken on an almost exclusively male point of view, in the belief that it was the most lucrative market segment. Since that decade, video game and console advertisements have focused on sexual objectification that associates the female body with a toy to have fun with. 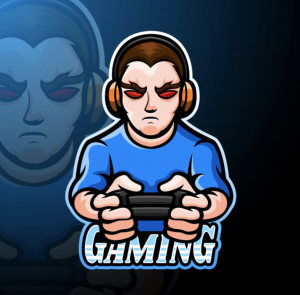 In parallel, the content of video games has also changed to suit a male point of view, starting with one of the most important and influential video games ever, Donkey Kong. Developed in 1981 for arcade, it was one of the first platform video games with a plot: the game follows the adventures of Jumpman who, jumping from one floor to another, must try to save a woman kidnapped by the gorilla Donkey Kong. Video game historians consider Donkey Kong to be a very important step in the consolidation of one of the most common themes of video games: that of the damsel in distress. The creator of the game, as well as the developer of some of the most influential video games in history, Shigeru Miyamoto will use this narrative topos at other times: in the Super Mario saga (which is the evolution of Donkey Kong’s Jumpman, and in which the new bridesmaid to save is Princess Peach) and Zelda’s. Interviewed by Kotaku, Miyamoto explained that he never considered making the characters of Peach or Zelda playable because at the time only males were interested in video games, and therefore there was no reason why they wanted to play females. . To tell the truth, Peach can be played in some editions of Mario Kart (where, however, there is no gender dynamic and where she is a less experienced driver than the others) and in Super Princess Peach for Nintendo DS, the only game that sees the princess protagonist on a mission to save Mario, but in which the enemies are defeated not by force or heroism, but by emotions.

Although the saga of the plumber with a mustache has always remained faithful to its fabulous and colorful aesthetic without ever introducing explicitly misogynistic elements, the same cannot be said of the myriad of video games that have associated the already problematic topos of the damsel in distress with the sexual objectification. In particular, the girl in danger, in addition to being represented in a sexualized way with skimpy clothing or in sexy poses, becomes a sort of reward for the hero who saved her. “This topos frames the female body as something that can be collected, manipulated or consumed, and positions women as a status symbol designed to confirm the masculinity of the alleged heterosexual male player,” says Sarkeesian.

Even if the problem is analyzed in purely quantitative terms without considering the way in which women are narrated, the female population remains underrepresented in video games. An extensive 2009 study published in the journal New Media & Society compared the percentages of female presence and ethnic minorities in 150 titles with those of video game market analyzes in the United States. In games, the gender ratio between the characters was 85% male versus 15% female, versus the real 51% gamers and 49% female gamers. In the vast majority of cases (89.5%), the male characters were also playable ones. Added to this is a racial problem: whites are over-represented, while blacks, Hispanics and Native Americans appear very rarely. The only exception is that of Asians, whose presence in video games exceeds the percentage of the American population, but this is easily explained by the fact that many video game producers are Japanese.

The gaze of video games is therefore a male gaze, heterosexual and white and this has important consequences in a medium in which, as a rule, the identification of the user with the character is total, as the player is responsible for the actions in the development of the history. This is an issue that is deeply felt by videogame critics: according to several studies, being able to recognize yourself in a character, even in a video game, helps to validate one’s personality, especially in the younger ones. However, this representation is partial and often prejudiced. Even when the protagonist is a woman, it often happens that the way she is shown and narrated is problematic. Lara Croft, protagonist of the famous Tomb Raider series and one of the most influential female characters of all time, is yes a woman, but she also responds to a male imaginary: she is dressed in a sexy way, has huge breasts and is a “badass” . When the authors decided to renew the character to adapt him to current events, instead of making his personality more complex or multifaceted, they thought it well to create an origin story in which it is discovered that Lara Croft has survived an attempted rape: a very used expedient. in the script to give depth to a woman, which however reduces her to the stereotype of a victim. Beyond these problems, that of Tomb Raider remains one of the rare cases of mainstream video games in which the player is forced to impersonate a female character, and has no choice. The reverse situation, on the other hand, is normal for women or for sexual minorities who are passionate about video games. As Luca De Santis, author of Videogaymes, told the podcast of The Vision AntiBodies. Homosexuality in video games between representation and simulation and curator of the Geek Queer project, “The idea that straight male players cannot identify with a female character or a gay character is a false problem. As a gay person, I spent forty years identifying with straight characters and I had no problem “. 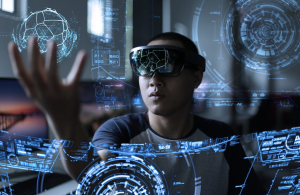 Over time, the representation and storytelling in video games of women and other minorities, including LGBTQ +, has certainly improved. Today there are many games with non-stereotyped female protagonists, or gay and trans characters. On the one hand, the internet has made the female public and their needs increasingly visible, but on the other hand it has exposed them to a direct confrontation with the most hostile and toxic groups, such as the so-called “male sphere”. Italian data from IIDEA confirm that women are more reluctant to play online than men: if 37% of males love to play online multiplayer, this mode is chosen only by 21% of women. Conversely, 88% of women prefer the single player mode, compared to 78% of men. In the United States, the online gaming gap is even wider: 38% women and 62% men. The reason is easy to understand: by playing with other users, women are much more exposed to insults and harassment. As a result, many female players prefer to play offline or pretend to be men to escape attacks. In reality, violence in the gaming community is not a problem that only women experience: according to a survey by the Anti-Defamation League, an NGO that fights cyberbullying, more than 70% of online gamers have suffered some form of harassment. In 53% of cases, characteristics such as gender, ethnicity or sexual orientation were the object of the attack and women receive on average three times as many attacks as men. Many women also experience outright sexual assaults, such as non-consensual submission of sexual material, revenge porn, and threats of rape. While there are many women who love video games, they will continue to be perceived and treated as a minority.