Crossword solvers and other puzzle games seem to show improvements in attention, reasoning and memory, especially in the short term. 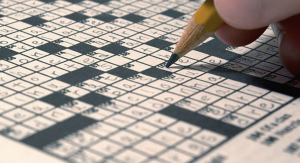 Beach. Sun. Beach umbrella. And in addition to fins, rackets and buckets, the inevitable crossword puzzle. To relax and take care of the mind as well as the body. Because crosswords (and, more generally, all kinds of puzzle games) are commonly considered a relaxing and educational pastime. As well as, of course, completely free of side effects. Science has repeatedly questioned the real effects that this practice would have on the mind, investigating the relationship between the frequency of execution of puzzles and cognitive abilities, language skills and logical reasoning, levels of attention and concentration. Several studies, at the moment, have actually shown a certain correlation between this type of training and the improvement of particular brain skills, especially in the short term. Much more scarce, however, is the evidence relating to any long-term effects of puzzles and similar brain training.

One of the most extensive works on the subject is very recent news: a team of scientists from the University of Exeter, in fact, examined, through an online test, different brain skills of over 17 thousand people over the age of 50, asking them even if ( and how frequently) they devoted themselves to solving crosswords and puns. The results of the analysis, presented at the Alzheimer’s Association International Conference (Aiic), showed precisely that the participants who were particularly passionate about puzzles performed better in tests for the assessment of attention, reasoning and memory. So much so that the authors of the work argue, perhaps a little too optimistically, that “the brain functions of inveterate crossword solvers are equivalent to those of people who are ten years younger than them – at least compared to the speed of grammatical reasoning at all. ‘accuracy of short-term memory ”. In short, the puzzles would be equivalent to a sort of elixir of youth for the mind: “We found a direct relationship between the frequency of crossword execution and the speed and accuracy of performance in nine different cognitive tests. Now we want to understand if similar activities can also help in countering the onset of dementia: we know that many of the risk factors related to the development of dementia are preventable, and we want to understand which lifestyles can make a difference in helping people to keep their brains fit and healthy ”.

Furthermore, the authors of a small study published in 2014 in Geriatric Psychiatry, conducted on thirty-seven healthy retirees, divided the sample into two groups. The first performed crosswords every day for four weeks, while the second, control, was engaged in different activities: the results seem to suggest that people in the first group improved the so-called Phonemic Verbal Fluency (Pfc), an executive function related to ability to formulate simple strategies, which usually declines during aging and in people with dementia. And again: crossword puzzles and dementia, among other things, a team of scientists from the Department of Neurosciences at the University of California San Diego (and other research institutes) was also involved: in a study published in 2011 in the Journal of the International Neuropsychological Society, conducted for 18 months on 488 people who were cognitively healthy at the start of the follow-up and on 101 patients with various types of dementia, the researchers evaluated precisely the effect of performing crosswords on disease progression. “Our findings”, they write in the abstract of the work, “seem to show that participation in activities of this type, regardless of education level, is associated with a slowing of memory decline in those suffering from dementia. We therefore suggest to evaluate, in appropriate clinical trials, the role of crosswords in the prevention of cognitive decline ”.

But beware: to avoid exaggerated optimism, as we said at the beginning, it should be emphasized that scientific evidence on the long-term effects of this and other types of mental training is still scarce and not definitive. “What we know for sure”, explains Veronica Mazza, associate professor at the Center for Mind / Brain Sciences of the University of Trento, “is that training a certain brain function leads to improvements in that specific function. That is, unsurprisingly, that training in solving crosswords makes you better and faster at solving crosswords. On the long-term effects, however, we still know much less. And most importantly, we know little about how much any beneficial effects on a specific brain function can extend to other brain functions. Probably, to obtain these results, highly personalized training should be followed, designed for the individual ”. However, another thing is certain: “The only type of training that is certainly associated with cognitive improvements”, concludes Mazza, “is physical activity, mainly aerobic. The scientific evidence that demonstrates this is very solid and significant “. So, after trying your hand at horizontals and verticals, put down your pen and put on your sneakers. Your brain (and your body) will thank you.