Before getting to the heart of the matter, I think it is right to thank the kind provider of the data that we will deal with today.

In this article, I collected the most interesting information from this research, as I did with a very interesting research from Microsoft, which aimed to understand how popular the video game has become in various European countries.

But how much do these gamers play!

Globally, consumers are binge-gaming more and more, with a 7% increase compared to 2019 and with an average of four consecutive hours and 36 minutes. This, according to the recent “State of Online Gaming” report analyzing gaming behaviors and consumer expectations, released by Limelight Networks Inc.

The spread of binge-gaming is predictably higher among younger gamers. According to the report, gamers between the ages of 18 and 25 have gaming sessions that even exceed an average of six hours and 34 minutes, 11% more than a year ago. Japan has the longest average binge-gaming time, with over five and a half hours, and nearly one in ten players (9%) admit playing more than 15 straight hours.

Although the report shows that, globally, gamers spend less time playing video games each week than last year – on average six hours and 20 minutes – their longer binge-gaming sessions can in part be attributed to the spread. anywhere, anytime gaming. Globally, the smartphone is the leading gaming device for gamers around the world, and the preference for smartphone gaming has increased by 13% compared to 2019.

Other interesting insights that emerged from the research include:

Here are some more precise numbers!

Let’s look at the numbers specifically: as already mentioned above, gamers spend an average of six hours and 20 minutes each week playing. A figure that has received an 11% decrease in the last year. Almost a third (32%) play more than seven hours a week, while 17% play more than 12 hours a week.

Players in Germany spend most of their time playing, on average nearly seven hours a week. South Korea recorded the lowest weekly average at 5.04 hours, surprising when you keep in mind how often Koreans are often regarded as the lords of farming. Japan and the UK had the highest numbers of players playing more than 20 hours per week at 12% and 10% respectively. 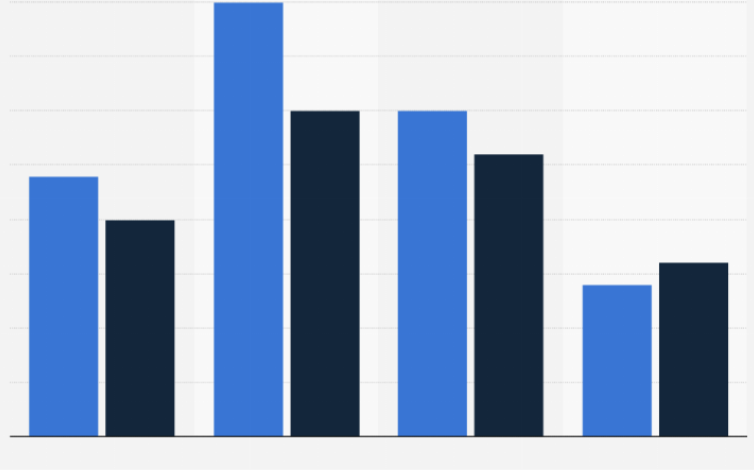 Gamers between the ages of 26 and 35 are the ones who spend the most time playing, with 7.5 hours per week. The over 60s are as expected at the bottom, with “only” 4.7 hours of play. The global data is interesting, considering all ages, with a rather high average of 6.33 hours per week!

Men play almost seven hours a week. This is on average an hour and two minutes longer than women, who play 5.80 hours. 19.6 percent of men play for 12 hours or more, compared to just 14.4 percent of women.

It should come as no surprise that players who identify as aspiring pros or experts reach a much higher hourly quota per week, while most casual and novice players play less than seven hours per week.

Everyone always talks about it badly, but it is the most used gaming device!

Mobile phones remain the most popular device used to play video games globally. Gaming consoles have the highest usage in the UK, tablets are used more in India than any other country, and Italy has the highest computer usage.

Mobile phones are the most popular devices in every age group followed by computers. Gaming consoles are most popular among the hardcore gamers who play the most, namely the 26 to 35.

Women are more likely to use mobile phones for gaming than men, while men use computers and consoles more than women.